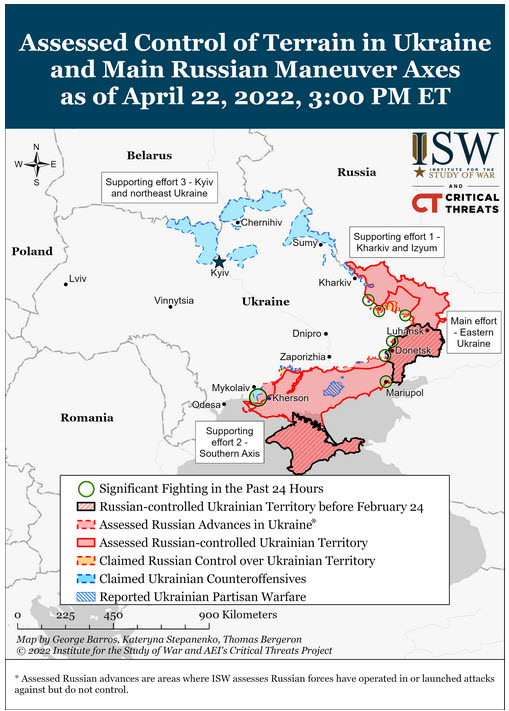 Front lines in the Ukrainan war on 2022-04-20.
Source: Institute for The Study of War, ISW.
Click on the map for a link to the source.

The callsign seemed to be both fairly unusual and at the same time fishy. The Russian callbook QRZ.RU contained all the information, even a picture of the station’s QSL.

The editor’s question and conclusion:
The Ukraine War has been going on for two months minus one day. How much longer will it take, until the IARU, the national amateur radio organizations and the world’s three million radio amateurs realize that Russian radio amateurs are being held hostage and actively used by the country’s government for war propaganda and disinformation?

It’s time to put the foot down
It’s time for the Amateur Radio to stop pretending that our hobby is above everything else.

Editor-in-chief and responsible
according to the Swedish press-rules

... other posts by Erik SM7DZV

Copyright © 2014-2022 Amatörradionyheterna All rights reserved.
This site is using the Hamnews.dzv.se Child-Theme, v3.1.4, on top of
the Parent-Theme Desk Mess Mirrored, v2.5, from BuyNowShop.com